Cut Your Losses and Move on

Learning to cut your losses when you make a big mistake and move on from whatever the mistake was is the only way to have a good rest of your life.

When you make any massive mistake you need to quickly correct course and quit whatever the mistake was.

Your problems escalate when you don't make moves to correct a mistake.  The longer you wait, the worse it gets.

What it usually involves is getting involved in something that you are not very good or being with people you do not like.  Hating what you are doing or hating people you are with makes for a disastrous life.

There is no more futile punishment than futile and hopeless labor.

When I read that quote, it brought back all the terrible memories of my high school and grade school basketball career.

And I hated every second of it.

I hated it with a loathing that I could not understand.

But I was none of those things.

I sucked at it even though I practiced and played and did all the things the other guys did.  I shot baskets in my spare time.  I played pickup games.  I did the drills.  I went to every practice and participated in off season workouts and games. 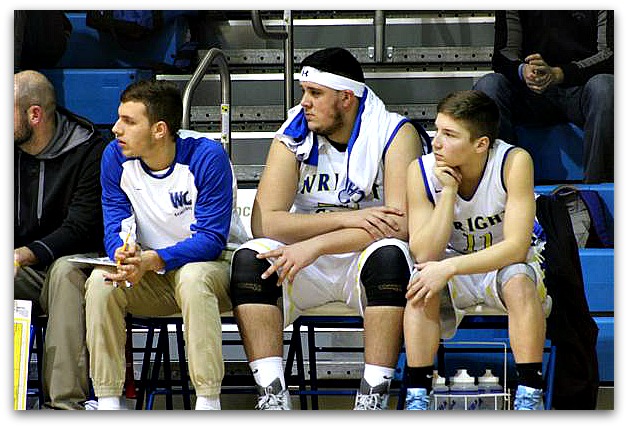 Yet, I was still no good.  I rode the bench.  I rarely got in.  When I did get in, I would screw up or it would be at the end of the game when we were already way ahead or way behind.

Was I a bad athlete?

I don't think so.

I started all the high school football games for all four years.  I was a 4 year starter.  Only missing one game due to injury.  I was an All-Conference player and on many All Star State lists.

I helped my team to win a lot of football games.  My teammates and coaches depended on me.

So why was I so good at football and so bad at basketball?

Cut your losses from Steve Pavlina

I do not have the classic basketball shape.  I played offensive and defensive line in football.  But I was not overly fat and bulky in those days.  I was in fairly good shape.  I could run.  I could move.  I was athletic.

The other guys I played with were good.  Some were great.  They were always encouraging to me.  My coaches wanted me to do well.  The better the players, the better the team, obviously.

But then I read that quote from Camus.  Hopeless labor equals punishment.

That was my experience.  My experience playing basketball was hopeless labor and it was punishment.  All those months and years were wasted for me.  It was a hopeless time.  When I should have been enjoying my high school experience, I was mostly dreading basketball practice and games.  Five days a week of torture and punishment.  November through March.  Five months for five years.  Time that can never be brought back.

Why do I still dwell on those years.  That was more than 30 years ago.  Shouldn't I get past it by now?

I believe getting past the massive problems in your life that you refuse to do something about is almost impossible to overcome.

It is only the doing something about your massive problems that gives you the pride in yourself and the chance at a better life.  Learn to cut your losses and move on.

That is why I write about it.  I want you to study your life, determine what is futile in your life and eliminate it thoroughly and decisively.

Your life is too short and precious to spend more than a few moments doing something you hate doing.  Doing what is futile for you makes no sense.

Playing basketball was futile for me.

Here is why I played

The common thread is somebody else.

Nothing on that list about what I wanted to do or how I wanted my life to be.

What they say does not matter.  It only matters what you say.

What they say will ruin your life..  Playing basketball ruined my life.  My life was ruined for 5 months of the 5 years.  Those seconds of all that time were ruined for me.

If you drill down deep enough and think about your life with enough intensity you will find that when you do what they say, your life will turn into a futile, hopeless mess.  That the only good things in your life are spent doing exactly what you want to do.

Making massive changes in your life is not easy at all.

When I told my high school basketball coach, just days before the basketball season, that  I would not be playing my senior year he exploded with fury.  He was livid with rage as he spouted on about how he could not believe I was quitting.

I knew he would react this way.   He was an angry, profane, bully of a coach.  He wanted things his way.

But I finally grew up, learned to cut your losses and did what I wanted to do in that moment. I did not let anyone stop me from doing what I wanted.  I wanted my life to start to going my way.

But being free is my way.

Quit what you hate.  Make your plans.  Cut your losses and move on.