Happiness and health.  As long as you have your health, the saying goes. But is that really the issue?  Can you have good health while you are living an unhappy life?

The evidence seems clear that happy people are healthier, live longer, get over problems quicker and have a better quality of life.

As long as you have your happiness, you will be fine.

Your priority needs to be your happiness.  Everything flows from that.  It is the most important thing.

If you aren't happy, you won't care about your health, or anything else.

Happiness and Health - I was missing that 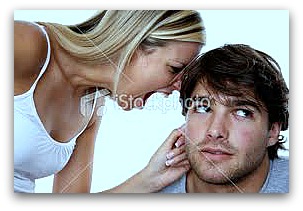 I saw this in the deep throes of my marriage.  I was not well.  It is impossible to feel good when your wife is verbally abusing you.

I did not want to grow old with her...I wanted to die.

Health was not a concern of mine. Getting more vigorous was not on my radar screeen, just survival.  My only concern was trying to avoid the wrath of my wife.  Wondering what would set her off this time and trying to avoid her as much as possible.

Get Happiness and Health By Fixing the Worst First

You need happiness.  If you are not happy, you need to determine the cause of your unhappiness and fix it.  The worst thing needs to be fixed first.  Whatever is causing the most unhappiness, eliminate it.

You stop doing whatever the worst thing is first.

Once you go through all the hard work, massive effort and mind shifting necessary and end the worst things you can then work on whatever the small things are. All these little things will fall into place because you will be fixing or eliminating the next worst things, piece by piece.

Your life will be getting better day by day and extremely good after a few years.

Happiness and Health at the National Level

There are countless things wrong with the federal government.  How does anyone go about doing anything positively to make the world better when there are so many things wrong?

Start with fixing the worst thing. End that and things will automatically get better.

What is the Worst Thing?

Its not the economy stupid, or social issues, or out of control health care costs, or poor schools, crumbling roads or a lack of regulations.

No, you fix the worst thing and all these other things will fall into place.

The worst has to be dealt with before you can move on to the next worst.

So what is the worst problem at the national level?

The wars, the killing, the soldiers, the weapons, and everything that goes into the war making is the worst problem.

End the warring and everything gets better.

How Does War Help a Nation Be Happy

It doesn't.  It is only in the relief after a war, that the healing and happiness begins.

You cannot have peace if you are busy killing.

You cannot have prosperity if massive amounts of money is spent building weapons, paying soldiers now and far into the future, building hospitals to care for the wounded, and providing pension plans, and building more and more weapons, and having troops and equipment stationed around the world.

When the enormous drain of money towards destruction is ended and the money directed toward creation the world will turn.

Things of value can be created rather than destroying lives and assets.

That is the problem in the U.S. It is the wars. The wars are the problem. Once you stop the killing, everything will get better. You bring the troops home. You stop making killers out of them. You reduce the number of troops. You stop paying so much of our money on things related to making war. You spend money on things related to peace. You cannot have prosperity if a huge chunk of money is spent on war.

It's Beyond Just Financial

But an even larger problem is that in order to be involved in wars for so long is that people have to rationalize it and justify it and make it right in their minds.

Justifying evil drags you down into more evil.

The media and almost all other people who refuse to think for themselves are the enablers. Saluting the soldiers. Supporting the troops. Thanking them for their service.

We build hospitals for the wounded and pay for their million dollar legs.

We see the soldiers on TV all the time. The newscasters and sportscasters are always bragging about the soldiers. How they are sacrificing for us and our freedoms. How they choose honor and duty.

Most are just dupes, tricked into becoming hired killers. Some are psychopaths who love to kill in the safe confines of legalized killing.

If you are a decent person and your job is to kill, how can you live with yourself?

No wonder they come back from Iraq and commit suicide.

You need a lifetime supply of drinking, drugging and overeating to deal with that kind of pain.

If killing does not bother them they move up the military ladder becoming the commanders and generals planning more slaughter.

I will get off my soapbox.  This is just a way to clear the fog on how doing the right thing, will make things good at the upper levels of government.  We can have happiness and health at those high levels.

Here is a different type of analogy.

Happiness and Health or High on Drugs

What if you are addicted to drugs? What if all your money goes to drugs? What if every aspect of your life is tainted by drugs? Being high, spending all your money on drugs, maybe even stealing money to get high, dealing with the aftermath of being high? Having all the people around you have to deal with you being high? They either help you with your addiction or live in the misery you have caused?

What is the solution to your drug problem?  Is it To

Of course not. Quit the drugs.

It is ridiculous for a drug user to worry about his 401K, his mortgage, his credit card debt or his favorite local team.  Nothing else matters until you are off drugs.

All these little minor things solve themselves after your massive drug problem is solved.

A person on drugs destroys everything around him.

The people around the user rationalize and justify the use.

You say, well he is a fun loving guy. He needs to be on drugs, look at what he has been through. Or you provide money to the person to let them continue. These are the enablers. They are not helping the person.

Happiness and Health in My Bad Marriage

I was married to a verbally abusive women. I stayed with her years too long.I overate for managing stress and spent years extremely large.

It took me months of study, self reflection and a tremendous amount of courage gathering in order to leave her.

I spent years being married doing everything but acknowledging the problem.

See if you can relate.  I

I spent hours on things that did not matter all the while not acknowledging the real problem.  I did not have happiness and health.  I had misery and pain.

All these little minor issues were of no real importance to me in relation to the real problem of needing leave my wife. I did not want to be with her. She caused me so much pain.

But yet I stayed and worried about things of no real consequence.

What difference would it make how much was in my retirement account? I did not want to be retired with her. I wanted to die young so I would not have to spend all day with her when I was an old man. Day after day, I massively overate to deaden the pain and get to the grave sooner.

What difference did it make how I mowed the lawn. She would just criticize me no matter how I did it.

Why should I care about my home? Being home with my wife was the last place I wanted to be.

All the stupid little things that I did did not matter. 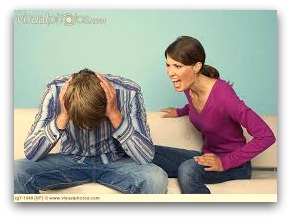 This type of treatment makes you want to die. Happiness and health are linked.

What mattered was a bad marriage and living with a person who was not good for me.

What I needed to do was leave her.

Nothing else mattered but that.

Once I left her, everything just took care of itself. Once I left, I could heal and rebuild my life.

My marriage was destruction. It destroyed my self esteem, my confidence.  It soured everything.  It nearly took my life.  And it destroyed my finances.

All these things were casualties of the bad marriage I was in. I could not have happiness and health or a good life until I left.

Fix the worst in your personal life and your life  will improve...drastically.

Take Back Your Happiness and Health By Taking Care of Yourself

I have finally started taking care of myself after years of neglect.

In the last few years I have

I care about myself, so I am doing what I should.

Lissa makes the case that your health is a product of your entire life.  If you are in a bad marriage or a bad job, your body will rebel, making you sick.

The link between happiness and health should be the most important thing in everyone's life.

A Happier Man › Happiness and Health