It is pretty simple what masculine male spending is.   It is you deciding on however and whatever you want to spend your money.

It is not anything in particular.  It is you making the decisions on perhaps the most critical element of life - the money you earn.

This is not a complicated algorithm or a theory. This is not the only thing a masculine male does differently than other men, but it is an extremely critical shift in your life that is satisfying and fun.

A masculine man purchases whatever he wants, whenever he wants it.  He is not required to ask permission, negotiate or discuss.  The essence of masculinity is you deciding what you should do.

A normal male, sometimes referred to as a beta male spends the vast majority of his money on other people and what other people say he should buy.

It is all you.

Why would you think that the money you earn and acquire should go to someone else?

But that is what happens to most men. But not masculine males.

You will even hand her your credit card so she can go shopping and get off your back for a few hours.

The vast majority of the money you make from the sweat of your brow, your muscles, your brain and your enormous effort will go to someone else.

There will be nothing for you.

From MGTOW is Freedom You Tube Channel

He makes the case that large numbers of men are avoiding relationships and marriage because it makes no sense financially.  A man cannot afford to take care of woman anymore.  The cost of everything has gone up and the expense level of modern women has risen even more.  Masculine male spending means you control your money.

Being Married is Very Expensive

Favorite quote - Men have no idea how expensive being married is.

The cost of my marriage was staggering.   I had saved nearly $15,000 in 3.5 years right out of college when my income was small.  During my marriage I did not save anything, only accumulating more debts.

Yes there is a large cost of having children.  But your wife will be the major cause of you spending all your money on your children. Private schools, camps, nice clothes, electronics, whatever your wife thinks the children want.  She will feel the pressure to keep up and spend vast amounts of your money on your children until they are so spoiled, they cannot function and have no desire to make their own way in the world.

Even if you are neither married or with children, you will feel tremendous guilt for any money you spend.  Your desire for nice cars, comfortable surroundings, fun weekends, travel adventures and even good meals will be constantly put down and ridiculed so you are left putting huge chunks of the money you earn now into IRAs and 401ks for a future you that may not even live long enough to enjoy it.

You need to flip this ridiculous script on it's head.

A masculine male spending money on the house, cars, furniture, entertainments and home furnishings he wants is in sharp contrast to the established order.

My Lack of Masculine Male Spending When I Was Younger

I know that even when I was doing well in the years prior to my marriage, I felt tremendous guilt buying what I wanted and often denied myself. I can still see the things I wanted and did not buy.

I put a lot of my money into savings, stocks, bonds and mutual funds. I then used all this money to buy my first house for my wife and have never been able to accumulate anything close to that since.

Instead of buying the car I really wanted at that time, a new 4-wheel drive Ford Explorer, I bought the safe and lower cost Honda Accord. The Honda was a good car and served me well, but it was my second, safer and more sensible choice. I had the money for the Explorer. It would have been cooler, more fun and more me, but I settled for the Honda. I could not spend my money on a great vehicle that I really wanted, even though I could afford it. I was not thinking about masculine male spending at the time. I only thought, what will other people think? That car is too much. The Honda will last longer, it is more practical. But you see even years later, I still regret it.

I had quite a bit of money saved in various forms. I could have lived a little more lavishly at the time. But I was intent on stashing money away for the future. This future came and went with the money spent but not on anything I wanted.

Masculine men do not think like that. Masculine male spending is buying what you want and spending large portion of your money on what you consider fun at the time, like a better, newer, cooler car that fits your personality and lifestyle.

It could be a better place to live in a better location. When I was single I lived in a big City. I chose to live in a mid range outlying area. The area was fine. It was fairly safe and fairly convenient. But it was not fun. There were bars close by but not the ones I would go to and not ones where there women.

I chose this area because it was less expensive than the downtown areas that were more fun and offered more nightlife. Since there was no nightlife where I lived, I only enjoyed this once in awhile. I would either take a chance on the drunk driving or make expensive arrangements.

Single men should live close to where the action and nightlife is. It is so much easier when you can just walk to the best bars or if they are a bus ride or very short cab ride away.

I rarely bought the clothes that I looked best in. I always looked for something cheap. If I ever did buy something more expensive, and a lot better, I felt guilty for it and did not wear it that much because I wanted to save those clothes for the future.

I did not get my hair cut very often. So I looked great after a haircut, but as the weeks went by when I really needed a haircut, I looked shabby and unkempt. I wanted to avoid the cost of the haircut. 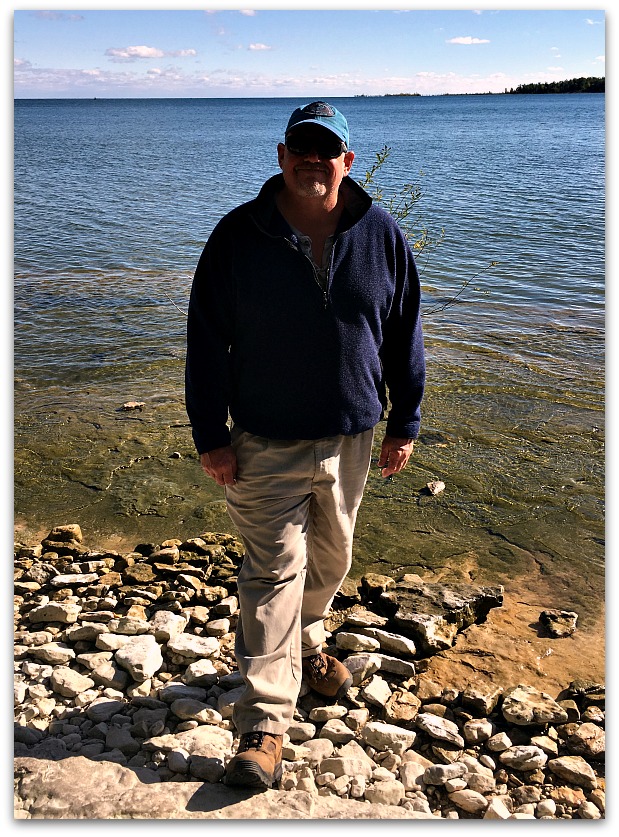 Me spending money on a recent vacation in a beautiful area

I did travel but I did do it on the cheap. There were lots of times when traveling that I did not do things I really wanted strictly because it cost too much. I ate cheaply. I stayed in cheap hotels. I did not let loose and drink a little more to save the cost of alcohol. I did not go on the side adventures, tours or spend on the admissions to see great things. I certainly did not tip well.

Worst of all, I did not travel as much as I wanted because I did not want to spend the money.

You can see that spending money on yourself is a way to improve your life in a massive way.

Why do you think that continually denying yourself things is a good thing?

It makes no sense once you really think about it.

What is the sense of working, making a living, spending all that time and all that effort and not buying what you want?

It makes no sense, because it is not sensible. It only makes sense if you think poorly of yourself and are thinking like the massive amount of people think.

Masculine Male Spending When You Have Children

I do have children.  Caring for them requires a lot of money. But along with taking care of their needs and wants, I also consider my needs and wants. I spend on all of us.

Besides, your children will grow up, make their own living and then buy what they want. If you give them everything when they are young, what will they do when they grow up? They will not have as much of an incentive to create a better life for themselves.

If they look to you as a model, they will feel the guilt to deny themselves. They will continue down the path of feeling guilt for doing what they want with the money they earn. They will continue the ridiculous cycle in their lives learning from your poor model.

My kids see me buying the types of things I want now and how happy I am when I buy those things.

As I earn money I buy things on my list. Each time I buy something I really want, I enjoy it thoroughly and am so grateful that I was able to cast off those old stupid, beaten down tired ideas of not getting what I want.

I am enjoying my life now. My life is great now. Every time I buy something nice for myself I feel great.

It is not money gone anymore to me now. It is money spent on making my life better. Masculine male spending is a huge step toward improving your life.

You only have now. You have to enjoy your life now. Masculine male spending is you spending your money buying and experiencing things now.