Money and Happiness
Because You Won't Be Happy Without It

Money and happiness do go together.  Sorry to break this to you but your happiness plummets when you are broke and you will be ecstatic with more than enough money.

At least you won't be poor, broke, hungry and miserable.

Money does buy happiness no matter how many times you hear that it doesn't.

What causes more stress than a lack of money?

What causes more happiness than more than enough money?

I don't know that either.

Money and Happiness and Your Stress Level

Your stress level plummets when you can easily pay your bills every month with money left over for fun and even some extra money to set aside for the future.

It is nearly impossible to not feel overwhelming stress when you have bills that you cannot pay.

You will not feel good if you have no way to pay for the types of things you like and the types of experiences you would like to have.

Do Not Pay Your Credit Card Debt

I love these guys, but their articles on how money and happiness and how to deal with the stress of being out of control with your bills is going to be nearly impossible for most of us to deal with.  It is just so much simpler to have a good handle on your bills, easily paying them each month with money left over.

Money. It's a big, important word. It is not just making more and working for it. It is handling your money in a way that is responsible.

The lack of money and not knowing how much you have can cause a huge amount of stress in your life. Unpaid bills and unexpected expenses will cause sleepless nights, fights with your spouse and a feeling of worthlessness.

Money is so important to your life that you can't neglect it without causing big problems. Whenever you neglect something important it hurts you.

They say that it is only a medium of exchange. But even so the more of the medium, the better.

I experienced huge amounts of stress in my life due to putting my head in the sand about money.

I wasn't able to communicate with my wife about money, usually getting talked into spending lots of money I did not have on things I did not need.

Keep your money simple and boring until you have enough money to complicate it. Maybe it is better to always keep it simple. Sometimes I think the powerful people purposely try to make money as complicated as possible in order to that we more easily give it to them.

People who are good with money concentrate on it and keep it simple. They are usually good at all aspects of making money, saving money, finding good deals and keeping track of their money.

I am at the point where I pay almost all my bills as they come in.

You have to pay these bills. Why wait until the end of the month? Why have a stack of bills lying around?

So I don't wait. I don't have a stack of bills lying around. I now just pay those bills as they come in. No muss. No fuss. No agonizing. No wondering if I will have enough money.

It did take some time, effort, planning and discipline to get to this point. You have to keep money in your checking account rather than spending it all.

But it is worth it to eliminate most of your stress around money.

Money and Happiness and Being in Total Control

When I got my first full time job after graduate school I started making some real money. I was still living like a college student in a cheap apartment and an old paid for car.

Within a few months of working I had paid off about $2,000 of credit card debt that I had accumulated during college. I used the credit card to live on.

Then I was debt free except for some small student loans from my undergraduate degree. Those were manageable. I had gone to graduate school as a Teaching Assistant. All the tuition was paid for plus I received a monthly stipend of $660 live on. Since my rent was $240 a month, I was able to get by.

I accumulated quite a bit of money in only a few years.

Then I bought a house, got married and had a baby. All that money was spent, quickly.

Now I see that getting organized with money worked great when I was in total control of my money. Once I was married it didn't work at all.

It never works unless the couple is in total agreement about their money or they have so much money it doesn't matter. Donald Trump probably has his wife on an allowance. I don't think he would let her spend everything.

For most of my life, my idea of saving money was to not spend it. I avoided buying things for myself as much as possible. I kept my desire for things under wraps. This is one way to avoid spending. It is the way most people do it. The I can't afford it crowd. The I really don't need it crowd. The I don't deserve it crowd.

It does work. If you don't spend you will keep more. But it is not satisfying though. It is not satisfying because you hardly ever buy anything you want. On the rare times when you do buy something you really want, you feel guilty for it and do not really enjoy it. 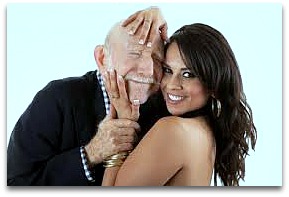 You probably think that only other people should have nice things. You think they must deserve good things, but you don't.

Just why should some people have nice things and you should not? That makes no sense. Yet that is the way I thought and the way billions think.

The truth is that I have been working on myself enough that whenever I spend money on something I want, I feel better. It doesn't matter what it is, either, if it was something I want or need. It is satisfying to have my needs and wants met.

It is extremely liberating to spend the money that you earn or obtain in some way on things you really want or improve your life in some way.

It is your money after all.

A Happier Man › Happier With Money › Money and Happiness