Happier Man Secrets
The Do's and the Don't Do's

These happier man secrets that will make your life far happier than you are living now.  These secrets will ensure you avoid all the problems, frustrations and even misery that most men spend their entire lives toiling through.

Most men struggle, suffer and live in lack.  They are unhappy and even miserable.

They don't know the secrets even though the secrets aren't secrets at all.  The secrets are out there staring at you in the face every day.  Every way you turn you see men living terrible lives and seemingly not knowing there is a better way.

They are secrets because you don't believe them.  If you choose to ignore the secrets you may even think the men living fantastically happy lives are not really that happy.  Maybe you even think that only some men deserve happiness and you do not.

Here is the correct definition of secrets that fits this:

It's normal for you to be forced to endure all kinds of ridiculous boxes, traps, situations and circumstances that reduce your happiness level closer to misery.

You have to use these happier man secrets to get out of normal and into happiness.

Knowing what not to do is critical.  I start and discuss the happier man secrets of what not to do first because the huge mistakes you make impact you more than the good things you do.

You will spend years working your way out of mistakes, like I have been doing.

You have a divine right to choose who to play with and under what circumstances. By eliminating any energy drag, the positive things in your life resonate faster and faster.  It is easier to destroy than create, so one "down" is not equal to one"up".  It tends to cancel the up and leave you with nothing.  By discarding the downs, the ups are left free-standing, solid as rocks all around you.

It's simpler to just avoid huge problems rather than trying to work your way out of them. In my case, I did go through the get married don't do and suffered enormously because of it.  It is taking me years to recover.  And even though I'm working on it and am intent on recovering, it's possible I might never recover totally.

I'm sure you know men who have never recovered from a bad marriage or who are living in a terrible marriage.  There are more than you can count.  You see them every day.  The emotional, physical and financial toll a bad marriage takes on men is almost unbearably difficult to overcome.

Marriage is a trap laid for men to not only be a slave to your wife, but to be a slave of the government.  If you're not married, don't.  If you are married, get divorced.

There is no way for a man to be free and happy if you are married.  The number of men who are happy being married is too small to be relevant to your life.  There may be a few isolated cases.  Usually these are older men with more traditional wives.  These are men who married prior to the early 1960's.  Older women from this era were still traditional.

I've only observed one modern couple with a good marriage -ONE.  And this is only because the wife is kind of a traditional women.

It's better to live alone in the desert than with a quarrelsome, complaining wife.

The problem of a bad wife has been around a long time. 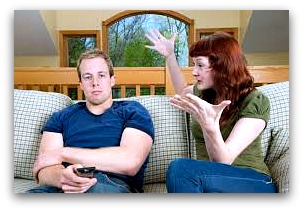 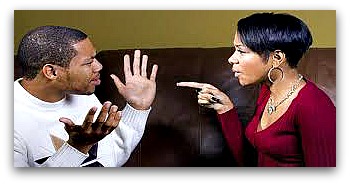 It doesn't matter the race either 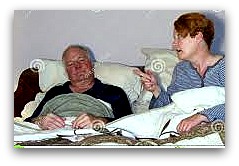 Men still like to be monogamous to one women, even if they don't get married. Most men aren't the playboy type and like to latch onto one woman.  It's easier, especially if you're lazy.   The problem is that your girlfriend quickly moves the relationship towards the horrible aspects of marriage.

You may somewhat keep the government at bay, by not getting married.  But you don't keep your woman from becoming the ball and chain that a wife becomes.

Don't Have children until you are older and richer

Children are enormously expensive and there is nothing you can do about it.  The child's mother will create enormous drama for you if you try to keep the child rearing costs under control.

The rest of the world expects fathers to spend huge amounts of money on their children and uses every trick in the book.... guilt, manipulation, envy, coercion and even the threat of violence...to get you spending your money on foolishness for your children.

That's where being rich comes in.  You can avoid the drama by just paying.  The happiest dads are rich and old.

Most men aren't rich, so most of their money goes towards funding huge child related costs that do nothing to improve your own life.

It may improve your children's lives.  Some of these children enjoy a fantastic lifestyle beyond the meager, living in lack type of life most of us grew up in.  I think that these children will grow up to be quite spoiled and feel entitled to getting something for nothing.

We cannot fault our father's for keeping us living in lack.  They tried to maintain control of their finances by not spending too much money on their kids.  They knew they needed to have some money set aside for their old age.  They wanted to make their own older life a little less terrible and avoid being a burden.

They knew that children didn't really need a lot of stuff to be happy anyway.  They knew children just need basic care, a safe place to live, love, a bit of attention and free time to play.

Don't Have too many children

One child is quite easy to care for, unless that child has special needs.  But most normal children, if there is only one of them, do not have to be that difficult.  As they get older, they get easier and easier to care for as long as you practice low stress fathering.

Two kids only works if there is a large enough gap in their ages, that the older one is not a baby anymore when the younger one is born.  The older one needs to be out of diapers, sleeping through the night, not sick very often, talking and being able to be left alone.  You need that time gap to have time for you and the child's mother to heal from the stress of a baby.

Three kids only works with a hard-working mother who adores children, who does not spend money, with low cost help nearby and you make a huge salary relative to where you live.

Four or more makes your odds of a sleep-deprived, financially devastated, miserable life no matter how much money you make.

That's where you come in as a thinking man who is intent on happiness, you have to be ready to get a vasectomy after one or two children. You cannot count on the mother to get a tubal ligation (tubes tied).  There is enormous societal, family, hormonal pressure on women to just keep on having children no matter how difficult it is for the people involved.  You'll be happy with your one or two kids when she announces she's pregnant again.

Men with too many kids are spending enormous amounts of money.  They will not have any cushion of money to fall back on as they age.  Their older life is going to be filled with a huge share of misery brought on by a lack of money.

Don't Worry about being perfect with things that don't matter

This does not make for a nice, easy, relaxed, happy life.

Don't Eat too many carbs

It's easy to see that many men eat too many carbs and suffer the consequences of being quite large and flabby.

The world is set up for you to eat too much of the wrong food (carbs).  It takes enormous will to overcome this problem.

Happier Man Secrets - Stupid things men do that you should avoid

30 Things Every 30 Year Old Should Know

I'm well past 30, but these things for 30 year old apply to us older men too.

As you can see these happier man secrets are not secrets at all.